Cellphire Therapeutics is a biotechnology company focused on developing platelet-based products to save lives. Our lead product, Thrombosomes®, is a platelet-based freeze-dried hemostatic.
Learn more about our science 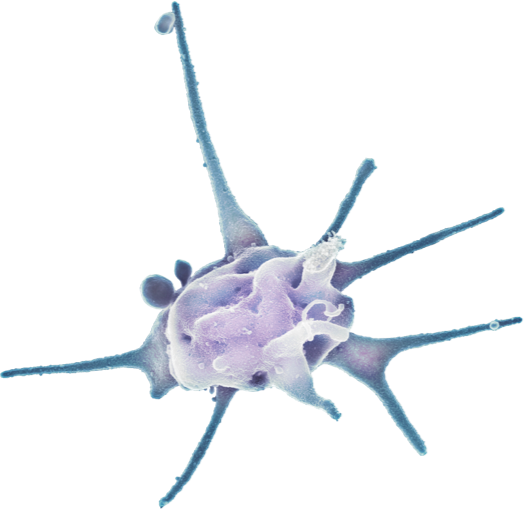 At Cellphire, we are redefining what is possible in transfusion medicine.
Cellphire's goal is to revolutionize hemostasis management through the development of the next generation platelet-based products that will efficiently stop bleeding. We believe that our products will ensure platelet availability to all patients regardless of location or environment.

Cellphire has the potential to create platelet-based products with applications across a wide range of therapeutic areas, including hemostasis, targeted drug delivery, and regenerative medicine.

Through our veterinary subsidiary, BodeVet®, we developed and launched the company’s first commercially available product, StablePlate RX® Canine, a canine freeze-dried platelet product with demonstrated efficacy in stopping bleeding in dogs. We are developing additional innovative transfusion medicine therapies for companion animals, including freeze-dried canine plasma. BodeVet® is also expanding its platelet work to support equine patients, as well as exotic animals such as elephants. 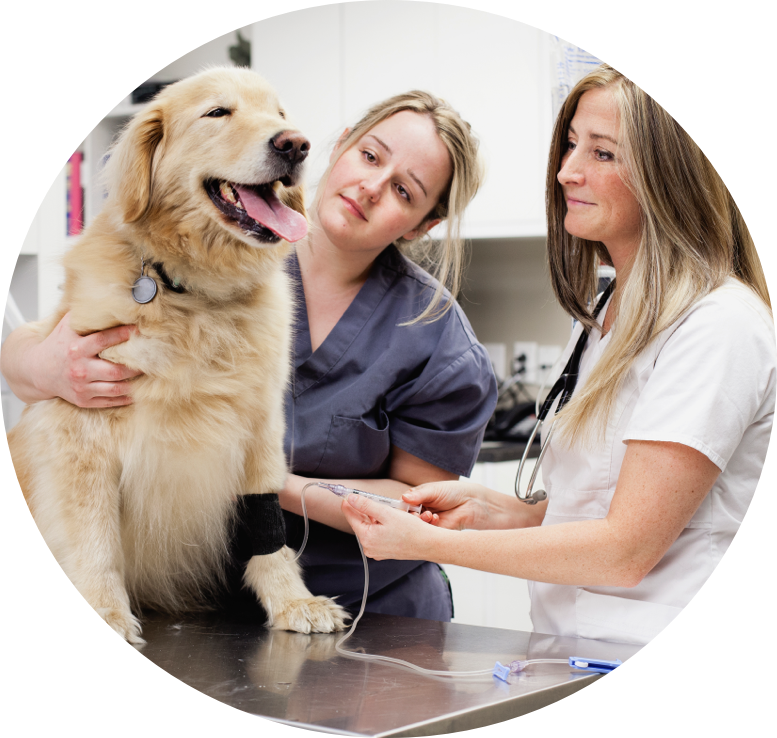 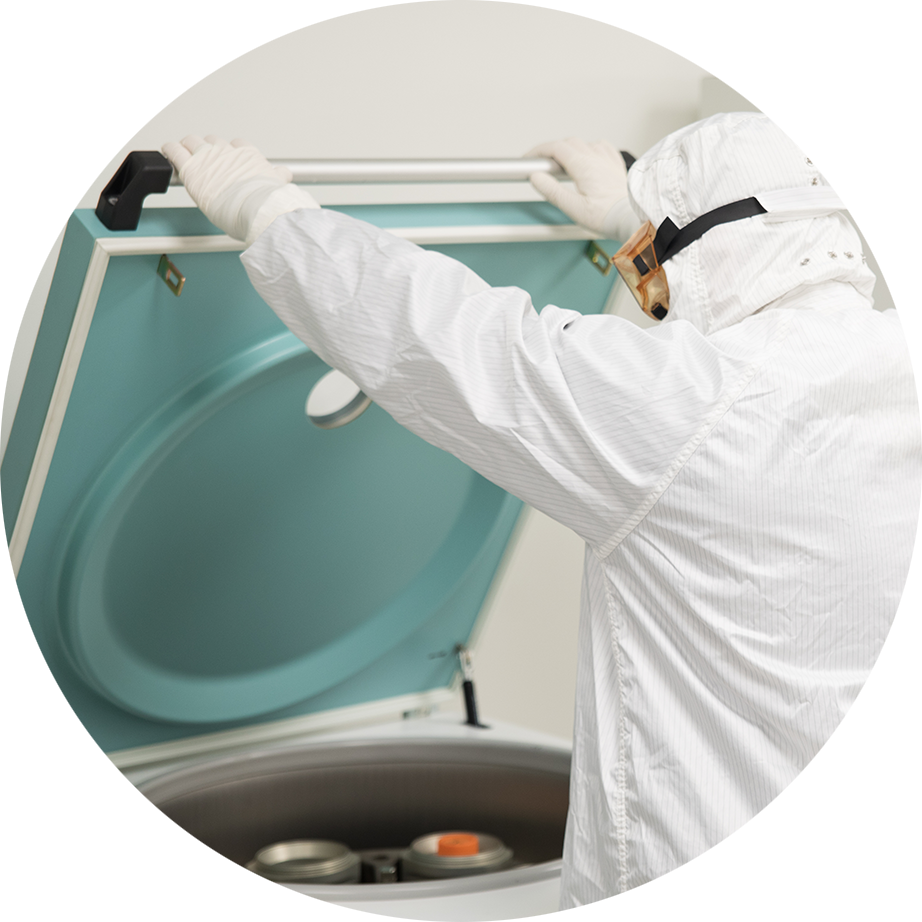 From discovery to manufacturing, Cellphire has the capability to deliver innovative therapeutic products.

Our state-of-the-art cGMP facility consists of two separate manufacturing suites (one for veterinary and one for human products) that meet ISO 7 standards.

The quality control laboratory is equipped with all analytical equipment necessary to test each lot for acceptability and support our discovery team’s research in new products. 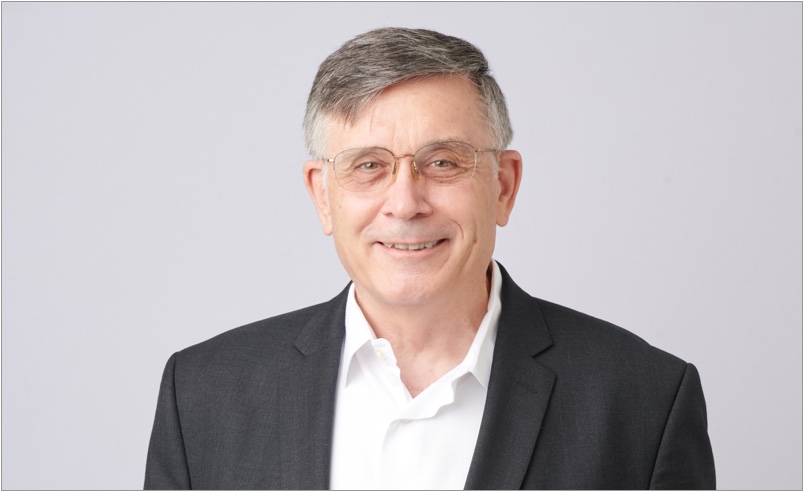 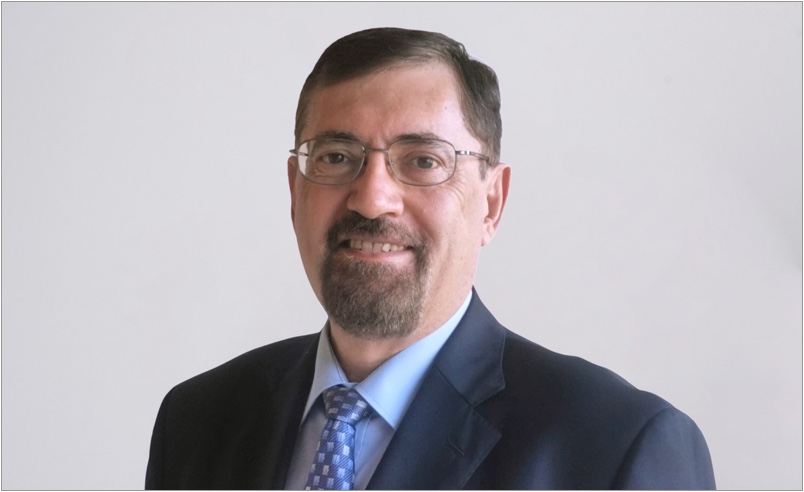 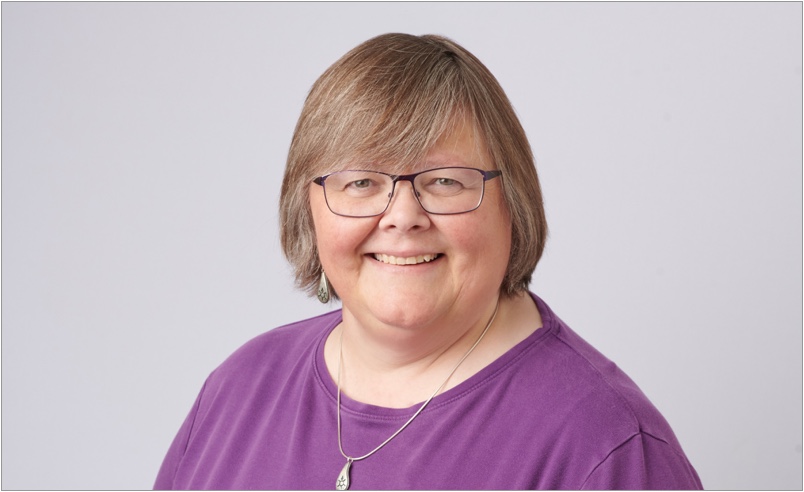 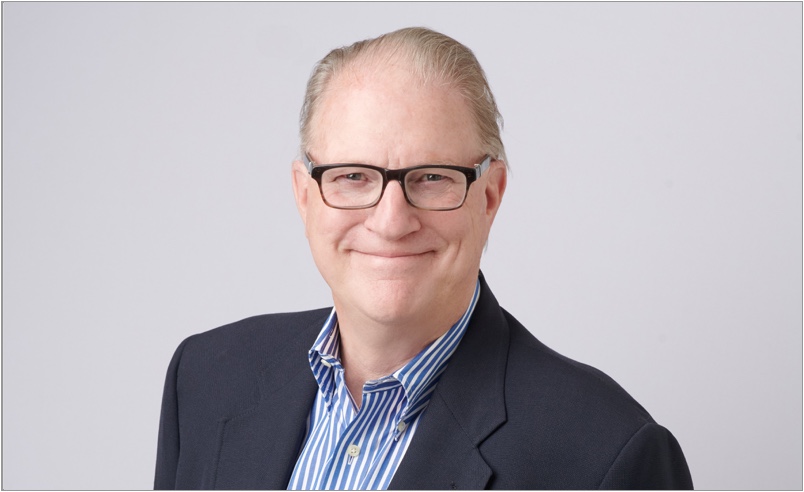 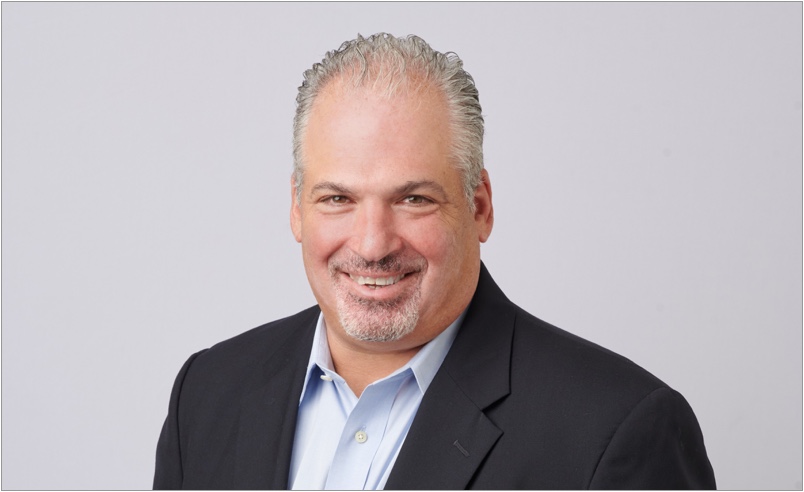 Tom Dubin is a pharmaceutical executive and attorney. From 2001 through 2013, he was the Chief Legal Officer and a member of the core executive team that grew Alexion Pharmaceuticals from development stage to membership in the S&P 500. At Alexion, Tom led legal, government affairs, pricing and reimbursement, corporate communications, and other functions, and held commercial responsibility for the company’s Australasia region. Prior to Alexion, Tom served as Vice President and General Counsel of ChiRex, Inc., and Assistant General Counsel of Warner-Lambert Company. Tom began his career as a corporate attorney with Cravath, Swaine & Moore in New York City. He is a past board director of BioBlast Pharmaceuticals (NASD: ORPN), a member of the advisory board of Mythic Pharmaceuticals, a trustee of American Jewish World Service, Vice Chair of Norwalk Hospital, a member of Yale School of Public Health’s Leadership Council and a board director of Connecticut Innovations. He received his J.D. from New York University School of Law, his M.P.H. from Yale University School of Public Health, and his B.A. from Amherst College, cum laude.

Dr. Hirsh is a Professor in the Department of Biochemistry and Molecular Biophysics at the College of Physicians and Surgeons of Columbia University. He has served as Chairman of the Department and as Executive Vice President of Research at Columbia University. Dr. Hirsh also worked as the Executive Vice President and Director of Research at Synergen Inc. He is Chairman of the Board of the New York Structural Biology Center and a Member of the Boards of Rockefeller University and the Agouron Institute. Dr. Hirsh formerly served as the Chairman of Life Sciences Advisory Board at Warburg Pincus LLC and as a Director of several biotechnology companies. He received a B.A. degree from Reed College, a Ph.D. in Biochemistry from Rockefeller University, and did postdoctoral studies at the Medical Research Council in Cambridge, England.

Mr. Jorda has extensive experience in the life sciences industry as a scientist and business leader. For more than 25 years, he has managed the research and development, production, intellectual property, and business development operations within both pharmaceutical and biotechnology companies. Mr. Jorda is a co-founder of Flamel Technologies. He led the company’s research and manufacturing operations, helping take Flamel public in 1996. Mr. Jorda also worked in the polymer research group of Rhône-Poulenc. In research, he has focused chiefly on developing technologies based on nano- and microparticles for targeted oral and injectable drug delivery systems. Mr. Jorda holds a Master of Science in Chemical Engineering from Virginia Tech for which he wrote his thesis on biodegradable polymers. He also received a Master of Science in Chemistry from ENSCM, University of Montpellier (France).

Dr. Peake is Senior Vice President of CGI Federal. Previously he served as U.S. Secretary of Veterans Affairs. He is a retired U.S. Army Lieutenant General and served as the Army Surgeon General. As Army Surgeon General, Dr. Peake commanded 50,000 medical personnel and 187 army medical facilities worldwide. Prior to that, he served as Commanding General of the U.S. Army Medical Department Center and School, one of the largest medical training facilities in the world with 30,000 students annually. In addition, he was the Executive Vice President and Chief Operating Officer of Project Hope. Dr. Peake received his Bachelor of Science from the U.S. Military Academy at West Point in 1966. Following service in Vietnam with the 101st Airborne Division, where he was awarded the Silver Star, a Bronze Star with “V” device and the Purple Heart with oak leaf cluster, Dr. Peake received his Medical Doctorate from Cornell University.

Dr. Woods served in executive leadership roles within the life sciences and biotechnology fields for 20 years. Dr. Woods most recent position was CEO of Atto Bioscience, a start-up company focused on developing high resolution single-cell imaging products. Prior to Atto, he was the Senior Vice President of Research & Development (R&D) and Corporate Development at Life Technologies. Dr. Woods had previously spent 15 years with Johnson & Johnson, serving in several different management roles including in Diagnostic R&D, Biotech Pharmaceutical R&D, and Business Development. Before entering the biotech industry, he was an Associate Professor at Harvard Medical School. Dr. Woods received his Ph.D. from the University of Cape Town, South Africa.

Dr. Gernsheimer is Professor of Medicine in the Division of Hematology and an Adjunct Professor of Laboratory Medicine at the University of Washington School of Medicine. She is also the Medical Director of Transfusion at the Seattle Cancer Care Alliance and Fred Hutchinson Cancer Center in Seattle, Washington. Her clinical and research interests include immune platelet disorders and thrombocytopenia in pregnancy and management of bleeding in hematopoietic stem cell transplantation and acute leukemia. Dr. Gernsheimer earned her Medical Doctorate at the State University of New York and trained in internal medicine at the New England Deaconess Hospital in Boston, Massachusetts. She lectures nationally and internationally on platelet transfusion therapy, immune thrombocytopenia purpura (ITP), and thrombocytopenia in pregnancy and has authored and co-authored over 100 publications in peer-reviewed journals, book chapters, and educational materials on thrombocytopenia and transfusion management.

Dr. Holcomb has extensive experience in the treatment of military and civilian trauma patients and has led three major trauma clinical trials in the past decade. He is a 23-year veteran of the U.S. Army, retiring as a Colonel in 2008. Throughout his military career, he was deployed in support of multiple combat operations, first serving with the Joint Special Operations Command. From 2002 until 2008, Dr. Holcomb was the Commander of the U.S. Army Institute of Surgical Research and served as Trauma Consultant for the U.S. Army Surgeon General. After retiring from military service, Dr. Holcomb joined the University of Texas Health Science Center at Houston as Professor of Surgery. He was subsequently named the Director of the Center for Translational Injury Research and Vice Chair of the Department of Surgery. In 2017, Dr. Holcomb transitioned to part-time status at the University. In addition, he served as Chief Medical Officer for Prytime Medical from 2017–2019. Dr. Holcomb recently joined the University of Alabama at Birmingham as Professor of Surgery. Dr. Holcomb received a Bachelor of Science from Centenary College and his Medical Doctorate from the University of Arkansas Medical School. He is a Fellow of the American College of Surgeons.

Dr. Katz is an infectious disease specialist who has extensive experience in HIV medicine and in transfusion medicine and blood banking. Dr. Katz currently serves as an adjunct clinical professor of medicine and infectious diseases at the Carver College of Medicine at the University of Iowa and as Acting Chief Medical Officer for the Mississippi Valley Regional Blood Center (MVRBC) in Davenport, Iowa.  Dr. Katz practiced infectious disease and HIV medicine at Genesis Medical Center in Davenport, where he was also the hospital’s epidemiologist. He founded the Quad City Regional Virology Center (a Ryan White Comprehensive HIV Care Center) in 1995, serving as Director until 2009. In 1986, Dr. Katz joined MVRBC as Assistant Medical Director, subsequently being promoted to Medical Director and then Executive Vice President for Medical Affairs until 2012. He served as Chief Medical Officer of America’s Blood Centers (2012–2019), an association representing U.S. and Canadian community blood centers.

Cellphire is collaborating with U.S. government research agencies, universities, blood centers, and industry partners to advance the development of novel platelet-based therapeutics for a range of applications from the treatment of acute and chronic bleeding to drug delivery and regenerative medicine. 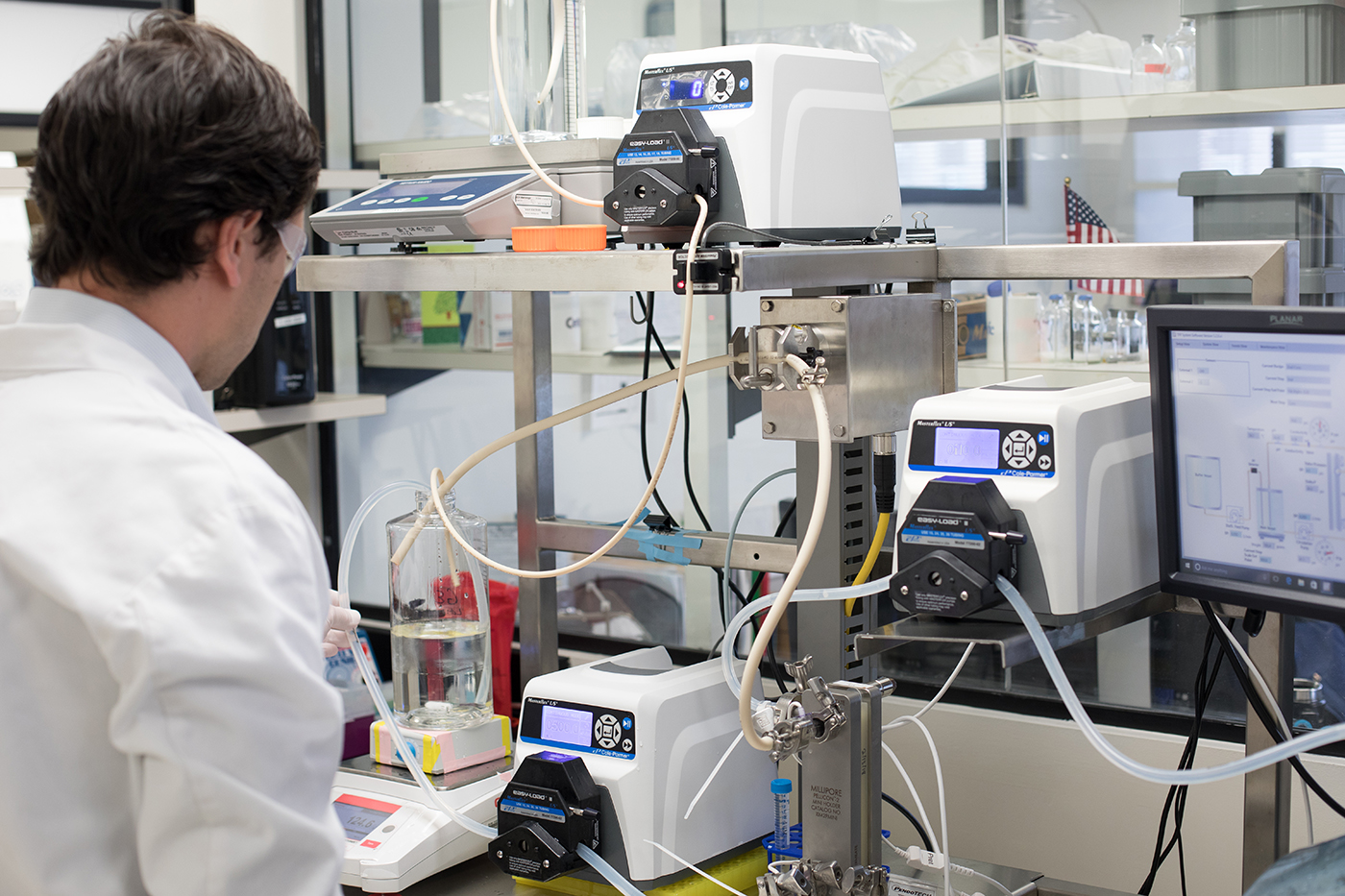 Cellphire is actively seeking partners within industry and academia to evaluate applications for stabilized platelets in a wide range of clinical, therapeutic, and diagnostic fields.